Who are my related parties?

Article 199-C.- for the purposes of the provisions of this Code and
other tax laws, the following shall be understood as related parties:

(a) where one of them directs or controls the other, or owns, directly
or indirectly, at least 25% of its share capital or voting rights;

(b) where five or fewer persons direct or control both persons, or
jointly own, directly or indirectly, at least a 25% shareholding in the share
capital or voting rights of both persons;

(i) holds a majority of the voting rights;

(ii) has the power to appoint or dismiss a majority of the members of
the administrative organ;

(iii) has, by virtue of agreements concluded with other partners, a
majority of the voting rights;

(iv) has appointed a majority of the members of the administrative organ
solely by their votes; and

(d) for the purposes of the preceding subparagraphs, a natural person is
also deemed to hold a share in the share capital or voting rights, when the
ownership of the participation directly or indirectly corresponds to the spouse
or person united by direct or collateral relationship of kinship, by
consanguinity up to the fourth degree or by affinity up to the second degree;

(e) in a union of persons, a de facto company or a business partnership
contract or a joint venture, where one of the contracting parties or partners
participates directly or indirectly in more than 25 per cent of the result or
usefulness of the contract or activities arising from the partnership;

(f) a person domiciled in the country and a distributor or exclusive
entity of the same resident abroad;

(g) a distributor or exclusive agent domiciled in the country of an
entity domiciled abroad and the latter;

(h) a person domiciled in the country and his supplier abroad, when the
latter made purchases from him, and the volume represents more than fifty per
cent (50 %);

(i) a person resident in the country and his permanent establishments
abroad; and

Risk to the Company: The Company must include among its transactionsto report with related parties the dividends received and paid at the end of the fiscal year, this is important, because these amounts can be so significant that they cause a Company that... 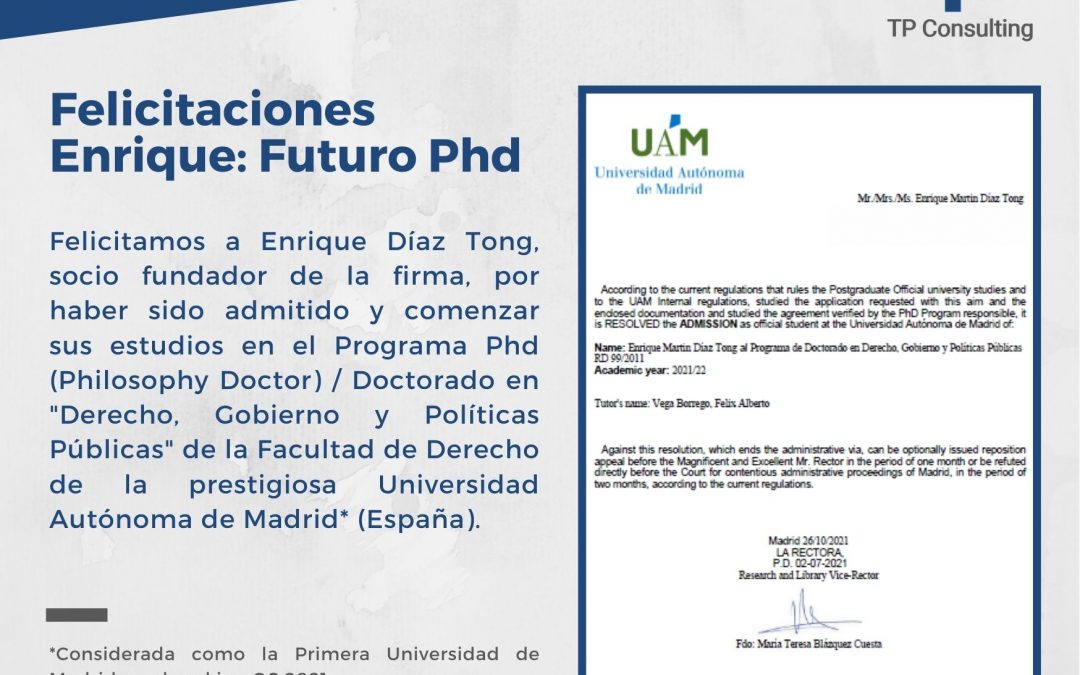 We congratulate our Partner Enrique Díaz Tong for his admission to the PhD in "Law, Government and Public Policy" at the prestigious Universidad Autónoma de Madrid. 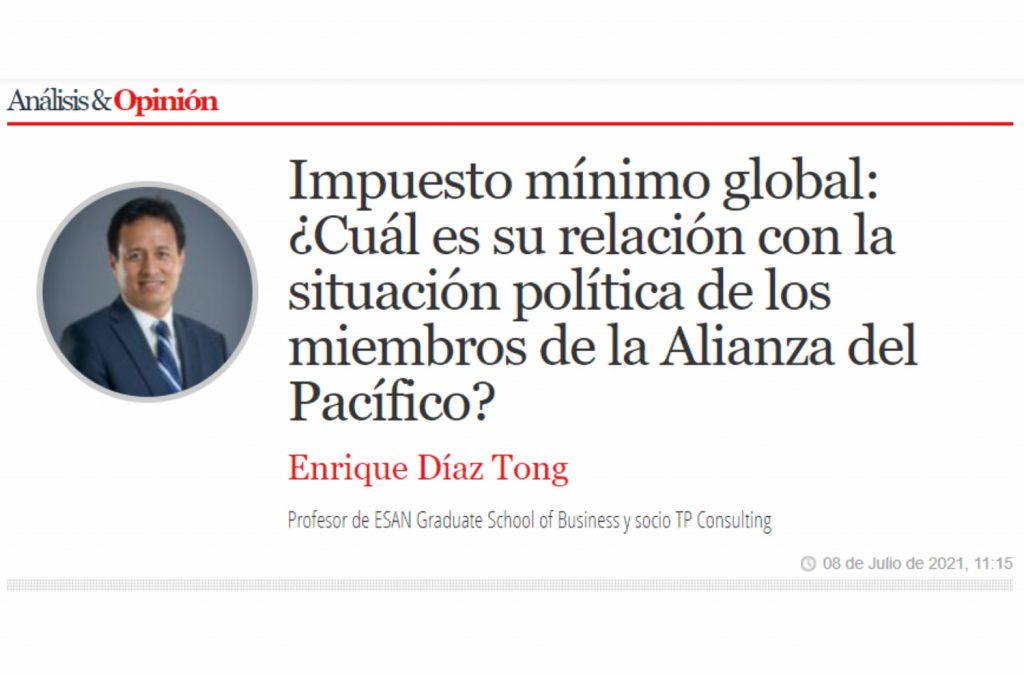