Through Resolution NAC-DGERCGC17-43 published on August 17, 2017 in Official Register Supplement 59, the Resolution was amended that establishes tax havens, jurisdictions of lower taxation and preferential regimes. The changes incorporated are as follows:

Notwithstanding the foregoing in this article, the following tax regimes shall be considered preferential and shall be treated as tax haven:

3. The tax exemption regimes for income derived from activities carried out abroad with goods that have neither origin nor destination in the territory where it was established. “

It should be noted that these schemes are known as offshore or platform, which generate untaxed or very low taxation income and Hong Kong account has the same in its legislation. On the other hand, there are regimes that tax income under the criterion of territoriality, which could imply that they are considered preferential and therefore have the treatment of tax haven.

2. Preferential tax regimes are incorporated into schemes in four
A new innumerable article is included that states the following:

“Art. (…) .- Notwithstanding the foregoing in the previous article, will be considered preferential tax regimes and will have tax haven treatment, the following:
1. With regard to the Netherlands:
(I) The tax regime applicable to investment companies exempt or qualified for a zero rate of income tax.
(Ii) Schemes subject to early tax decisions or tax rulings.
(Iii) “Innovation box” or “innovation box” schemes.
2. With regard to the United Kingdom:
(I) Regimes that allow companies to maintain representative capital rights with nominal or formal holders who do not bear the economic risk of ownership and who are not known who their beneficial owners are.
(Ii) “Innovation Box” or “Innovation Box” schemes.
3. With respect to New Zealand, the tax regimes applicable to trusts or “Trusts”.
4. With respect to Costa Rica, private company regimes, created under its laws but not registered with the Costa Rican Tax Administration. “

3. Recommendation: Impact of these measures
Those taxpayers that have operations with companies abroad, in territories where there are regimes that allow a low or no taxation, must carry out a management to know if they are accepted to these regimes or, on the contrary, obtains tests that allow not Consider it as a tax haven. 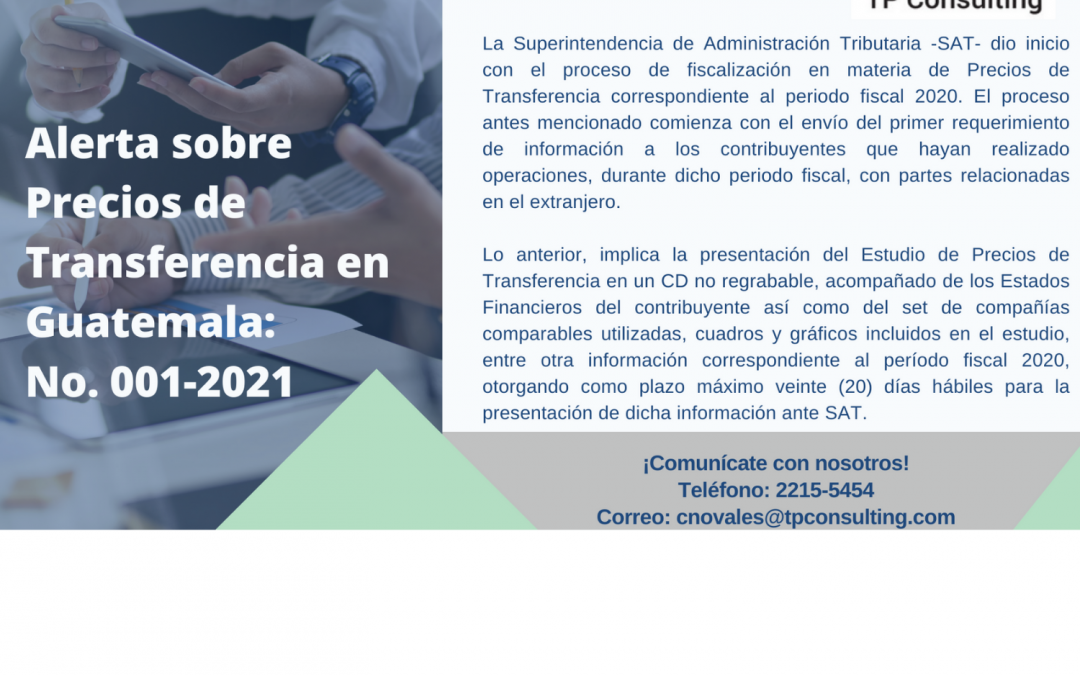 The Superintendency of Tax Administration -SAT- began with the inspection process regarding Transfer Prices corresponding to the fiscal period 2020. The aforementioned process begins with the sending of the first information request to taxpayers who have carried out...

Expiration of the Presentation of the Country by Country Report corresponding to fiscal year 2018: January 31, 2020

1. PUBLISHED RULES: On May 27, 2019, Executive Decree No. 46 was published by the General Directorate of Income of the Ministry of Economy and Finance, in use of its legal powers to request the Country by Country Report, containing information related to the amount of... 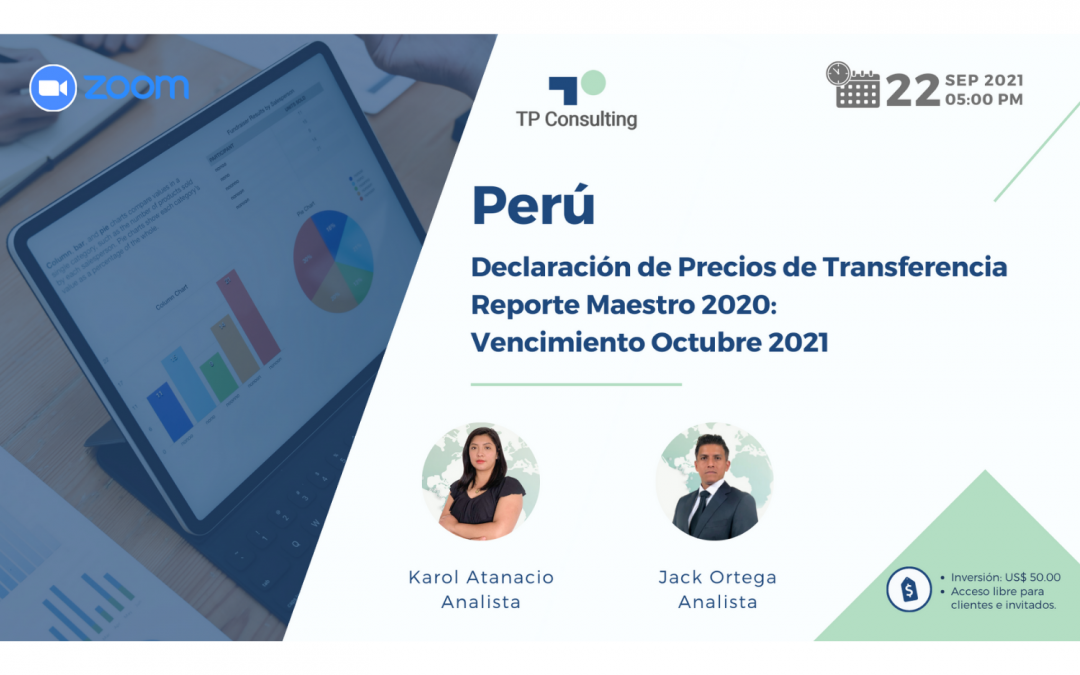 We are pleased to share the webinar organized by the Peruvian Institute for Tax Research and Development IPIDET, on "Country by Country Transfer Price Report and Tax Pressure in Peru", in which Mr. Enrique Díaz Tong, Partner, will participate as a speaker. from TP...